When I looked up the challenge that Cee set for this week my thoughts turned to the past and the toys I had when I was young. Then I thought about how times have changed for the present generation. Sadly, my old toys have long since gone so words will have to suffice as photos are not possible. I can remember a large red metal crane that worked and provided endless hours of fun digging up the back garden. I had a electric trainset from the age of 8 – a highly detailed Hornby Doublo set. I even got an Action Man doll when they came out!

One of the most enduring current toys is the Thomas the Tank Engine range. But when I was a child Thomas was limited to the story books written by the Rev W Awdry. I had the pleasure once in the mid- 1970’s of seeing the Rev Awdry at a model railway exhibition in Westminster. The trains on his layout were all accurate models rather than the Thomas we know and love but each operation on the layout was accompanied by a story-like commentary. Televising the stories in the mid-1980’s changed that and created a spin off market for Thomas toys. And this has been a pattern – TV series and kids movies, which ironically include ‘Toy Story’ and its sequels, creating the modern toy market. It all became quite circular with the toy manufacturers like Mattell and Bandai commissioning cartoons to sell their toys. Here’s a car from the Hot Wheels Battle Force 5 series… 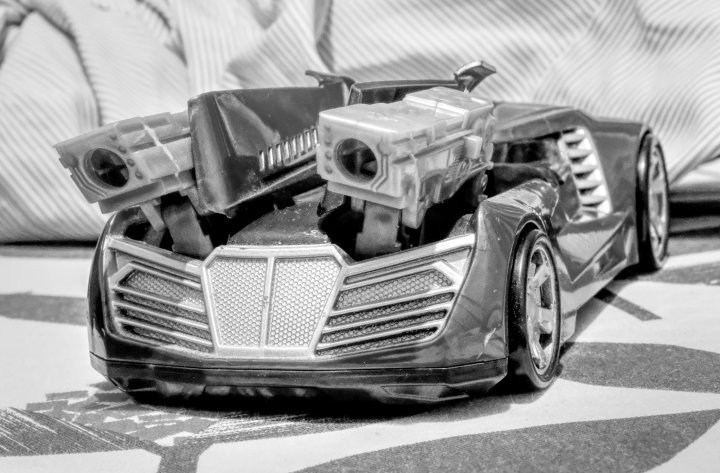 …One of my Son’s discarded toys.

Something else happened in the 1980’s too. Home computers and games consoles arrived to challenge the traditional toy market. A lot of traditional toys saw their market devastated and many disappeared or had to seek a new approach. I think the toy market today is compressed into the formative years of a child’s life – ages 0-10 – whereas when I was a child the toy market probably extended into early adulthood. Electronic games now take the place of the traditional toys of the 10-18yo market. So we find my Son playing Assassin’s Creed on his PlayStation…

…Or Overwatch on the PC along with a whole host of other games.  ps – his hair is a bit of a mess because he only just had it cut.  It looked a lot better after he had a shower and combed it! 😉

The thing about console and PC games is that they have extended the age of playtime into adulthood and beyond. At an age when my Father would have been content to sit down and read a book by the fire whilst listening to radio or perhaps watching some TV, I find myself playing with my toys…

…A steering wheel that is better than the one in my real-life car and headphones with infra-red head movement tracking for my simulation games.

What happened to the traditional train set? I’d love to show you some shots of a model I’m working on. I have often looked at getting back to building a layout. But, with a lack of space it’s a project that’s always getting ‘shelved’. And I’ve found that driving the old 4mm to the foot electric mouse is not quite the same as driving the Railworks locomotives. Suddenly, when you put on the headset and begin shunting those wagons you find yourself in a 12 inches to the foot world even if it is a virtual one… 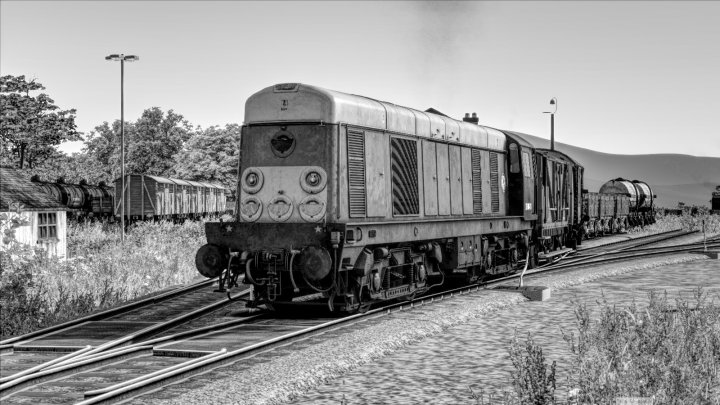 The traditional toy market has moved on though. The aim now is to produce small volumes of highly detailed limited edition models rather than toys. These are pricey items that appeal to both the serious modeller and to the collectables market. Here’s an example of modern model buses…

I hope my thoughts were of interest. It’s a complex subject that could do with a more in-depth analysis than I have given. I’d like to thank Cee for firing up my brain with her Black & White Challenge this week 🙂