It’s been a long time and I’m sure that you, my reader, have long since forgotten where the story was going and what the next task was. To be honest, so have I! That’s the problem with both my current favourite simulations, Trucking and Hunting, having some major changes at the same time – Other games get left for a long time. So I took stock of the situation and decided to begin over.

Like last time, I have purchased Oak Glen Farm which includes Chicken and Pig rearing facilities along with storage silos and parking for equipment…

…But we’re going to do something different this time. Instead of buying another farmer’s field with a crop in it I have reviewed other options. There are some unused fields available. In fact there’s one directly opposite the farmyard as you can see on the map… 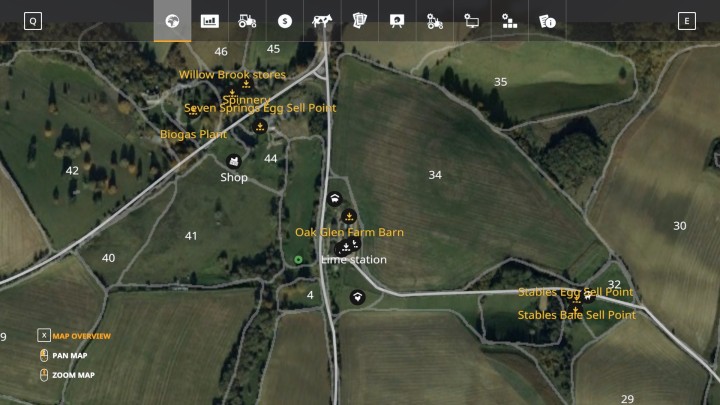 …where the green dot is. Currently that field isn’t under cultivation. It has a steep bank at the northern end and along the east side. There’s a bit of a dip on the west side too as you can see in this view looking north… 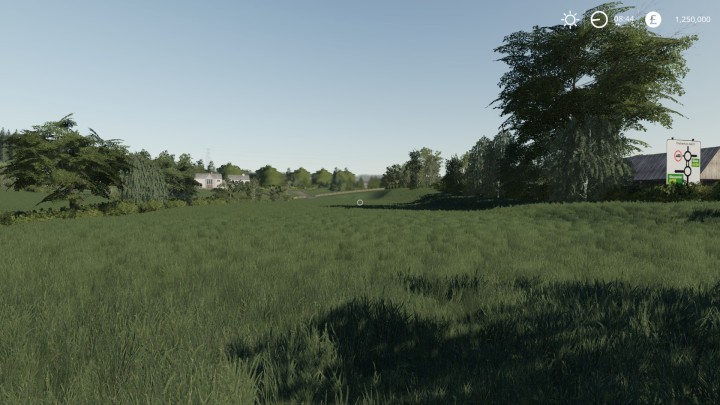 …So it has some issues but we should be able to plough a good sized planting area. At £115k it represents a significant saving over the £334k I spent on my first field last time but with the caveat of a lot of work to do before any crop returns!

So, off to the farm store to buy a Tractor and a Plough (I also bought a trailer and pallet forks but we’ll cover those at another time). Choosing the tractor was easy this time, I was so impressed with the Fendt Favorit that I had to buy that again. However, on our smaller starting fields, it will be the main tractor so I bought the more expensive 150HP version… 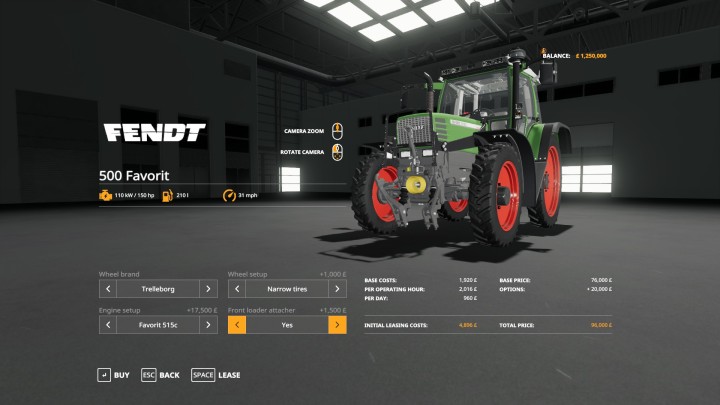 …Even so, it represents a bargain compared with some of the more modern tractors. It is just powerful enough to pull the plough, an Agro Masz POH5…

…It’s very important to watch the Horsepower rating of the tools you buy to make sure that you don’t buy something your tractor can’t pull! As an aside I did notice that, back in 2018 when this version of Farming Simulator released, the plough I’ve bought was rated as needing 180HP so I guess initial gameplay identified that as an issue and resulted in a lowering (nerfing?) of the required HP to make the plough more suited to smaller tractors.

So, off to our field and it’s time to plough in that grass… 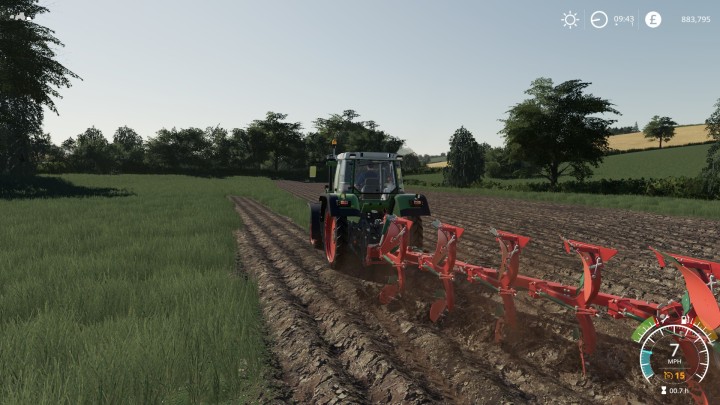 …You’ll notice an odd diagonal cut in the image above. To create a new workable field I had to turn on ‘allow field creation’ in the game and that was an initial test cut before getting down to ploughing proper. Normally ‘allow field creation’ is kept off so that you don’t plough away field boudaries, etc. Here’s our finished new field – not going to win a ploughing contest, but it’s neat enough for our purposes…

The next task is to apply lime to the growing area. Last time around, I hired a spreader to control the costs but this time I can afford to buy and hopefully use the same implement for fertilization of my farm and neighbours fields too. I chose the Amazone ZGB – one I have previous experience of… 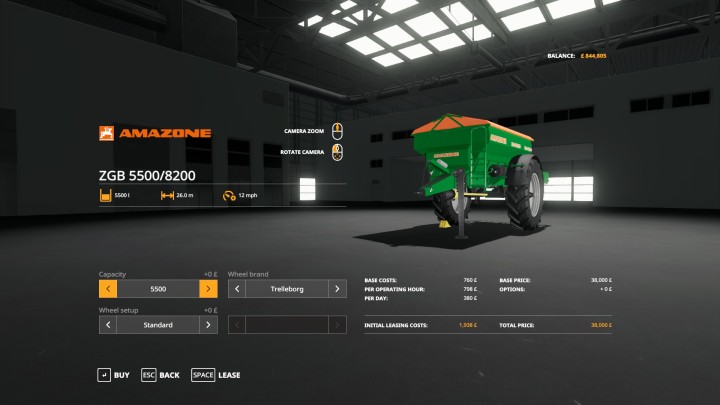 …with 26m coverage, my field was coated in lime in just 3 passes and that was with quite a bit of overlap! I see the crows are already looking for worms and seeds… 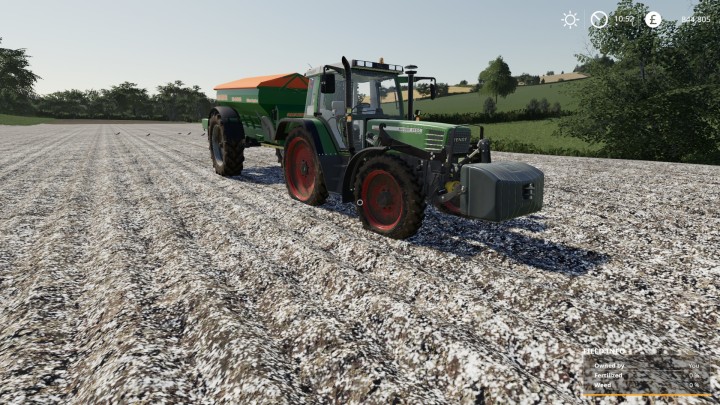 Job done and back to the farm to park up…

…These things are always much harder to park than my truck and trailer! 😉

What you have seen in this post represents around 2 hours of gameplay over 2 days. Ploughing is a long repetitive task requiring a high degreee of patience as you can’t hire an employee to do field creation for you. Now it’s time to take a break before carrying on to sow our first crop. I’ll do my best to keep this series running this time!