Last week Hardspace: Shipbreaker released on Steam in Early Access. I liked the look of the game, which falls neatly into the space and simulation genres. The game does a good job of giving the impression of working in Zero-G – utilising tools that impart energy results in opposite reactions for yourself so you can wind up drifting around quite a lot. The graphics are good although the game rightly comes with an epilepsy warning at the start because you can get some quite vivid flashing effects.

There are currently two modes of play – Career and Free Play. The background to Career mode is that you have signed on to be a ‘Cutter’ – a worker who breaks up old space vessels and salvages the parts. You are an indentured employee with a huge debt to Lynx – your employer. You have to work to pay back your debt but you also have to pay for the hire of your equipment, your habitation unit and even the oxygen you breathe – Very topical at a time when we are recalling the effects of slavery but whether the developers intended it that way I doubt. I think it’s more likely to be based on the system of legalised slavery within the Empire in the game Elite Dangerous though the background story is very different. Free Play is just an opportunity to practise your skills, get to know the ships a bit better and to generally have some fun.

Currently the game is a bit limited because it is still Early Access. There have been some design decisions in Career mode that, whilst intended to give the player a challenge, can be quite frustrating. Each shift lasts 15 minutes and your Oxygen supply lasts around 7 minutes (depending on how much you can do inside the ship before you evacuate the atmosphere). Having to go back to the Hab unit to buy more oxygen mid-shift, sometimes twice, initially felt a little too much. But after spending some time in Free play to get some practise in ship breaking I found it less tedious when I restarted my Career save and began the shift process again. I do think there maybe a case for increasing the shift length and oxygen supply duration but, if that were to happen, perhaps there could be an option for the player to choose to carry out their work detail in a shorter shift for a greater reward?

I think this game has a lot of potential especially with things like discovered objects in the derelict spacecraft. Some of these are already building a background story and I can see all sorts of possibilities for future development in that area – who knows, perhaps we may find alien stoways? Overall I like this game and I’m glad I decided to invest in the Early Access 🙂 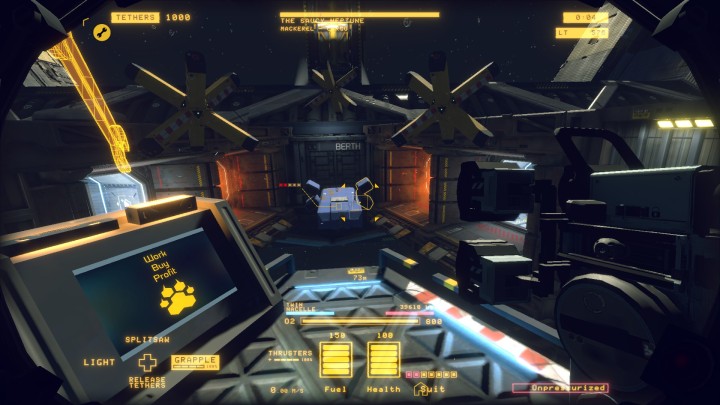 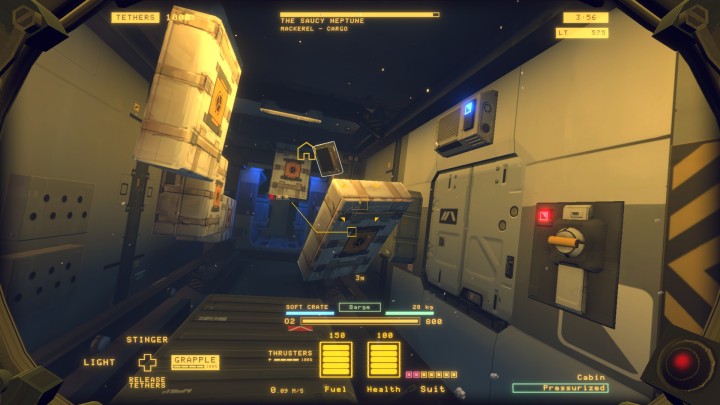 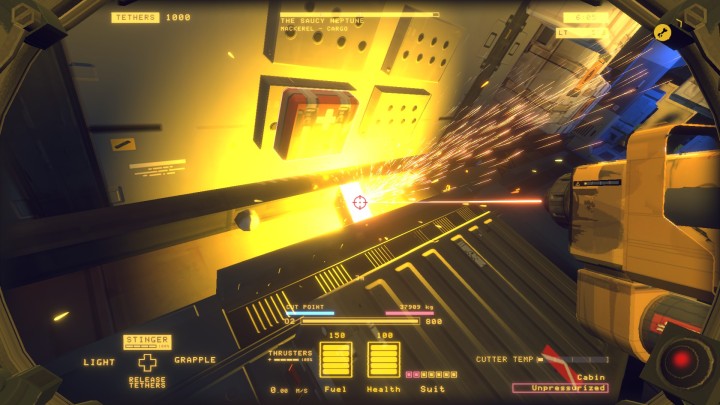 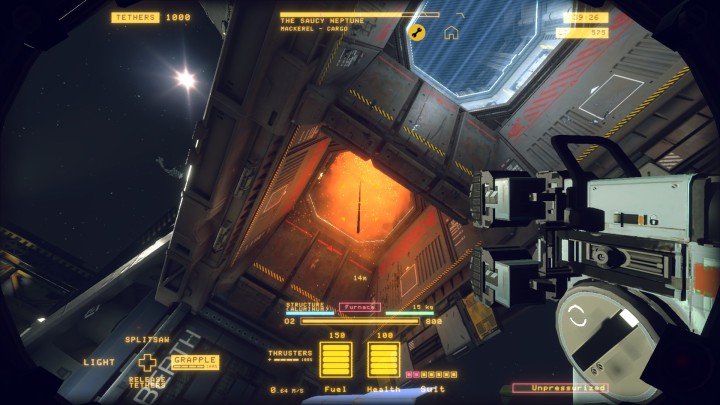 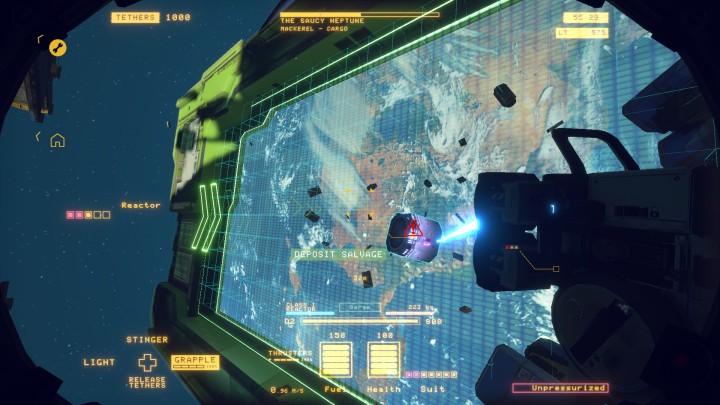 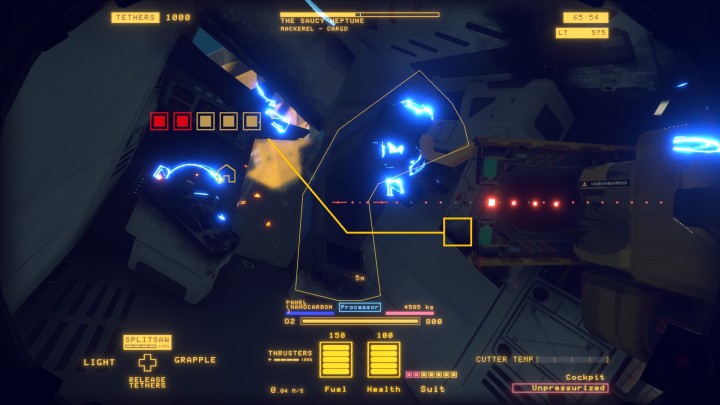 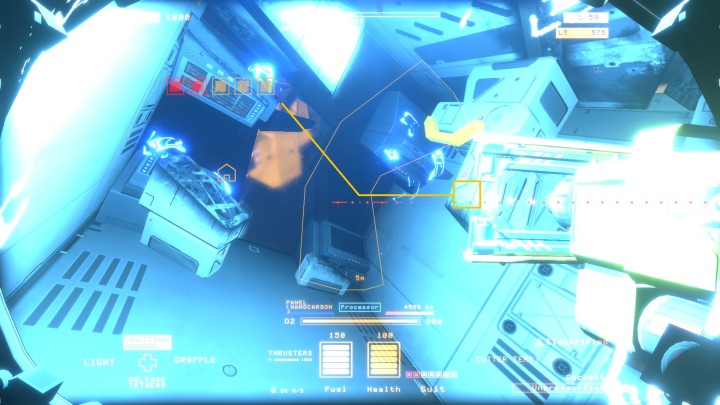 …Those last 2 shots are of me being electrocuted after I deliberately sliced through the cockpit area – Space is Dangerous and the game will reward bad cutting decisions with Depressurisations, Electrocutions, Fuel Explosions and Reactor Meltdowns 😉 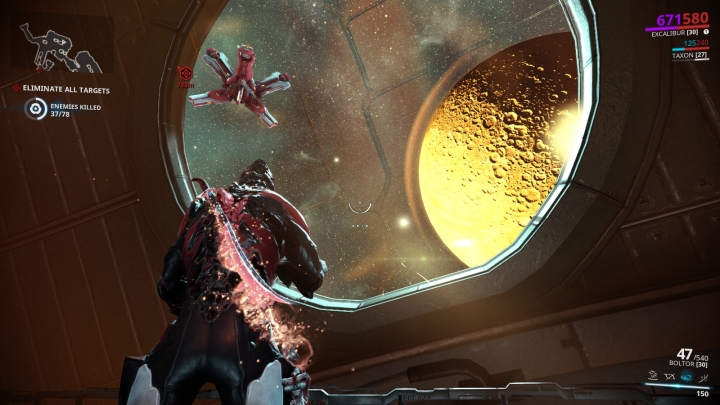 Do clones share their thoughts?
Were you individual
Once separated post-vitro

How many battles, how many foes
Lay shredded by your heavy gun
Before fate drew us together

Now you lie broken before me
A rag doll, soon to decay
And be forgotten 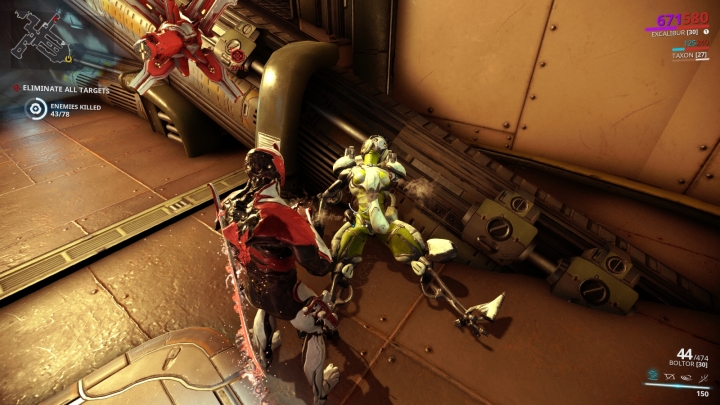 Back in June when I moved over to Truck Simulator my intention was to return to Elite after a short break. That I needed a break was clear. I had reached a sort of crossroads and could not decide what I should do next. Then I broke a couple of buttons om my joystick whilst driving a truck – critical buttons for ship management so going back to Elite with that piece of hardware was out of the question. On the horizon was a new Joystick and Throttle combination from Thrustmaster which was going to be designed to work with Elite. That was originally due for September – so I thought “I’ll wait for that to come out” and in the interim I continued driving my trucks and bought the steering wheel and pedals that I wrote a review of.

Time passes quickly when you’re enjoying yourself and sometimes there are delays to release dates in computing hardware/software. The new Thrustmaster T.16000M Hotas FCS finally came out close to Christmas. By that time I was heavily into SCS’s ‘Help Santa’ challenge and discovering the newly released roads of France. The American Rescale was released mid December too with all the wonderful new vistas to see there. Small wonder that I wasn’t back playing Elite!

I finally bought the new joystick 2 weeks ago and fired up Elite for the first time in 8 months! My first task has been to get used to the ship handling again, so I spent the first couple of hours playing the tutorials. I was surprised how slow the sidewinder seems compared with a Peterbilt 389! But thinking about it, that’s all a question of scale and relative proximity to other objects.

Once back in the actual game I had to take the ship I had last flown back to HR783 from SPOCS-103. My memory proved to be correct when I found it was Nyati – my Lakon T6 freighter. I was lucky enough to get a well-paying mission part of the way to Gliese 9073 and I was on my way. I think the main lift for the take-off was provided by the butterflies in my stomach! I needn’t have worried as I didn’t see a single soul on the trip – human or ai – until I was in the no-fire zone of Gresley Orbital. Huge sigh of relief – the T6 is not a combat vessel so I’ve configured her for defence. The home run from there to HR783 and Roth Hub was similarly quiet and I quickly got back in the swing of dropping into systems and punching out again efficiently.

At Roth Hub I swapped ships to the Imperial Courier – God Speed. The Courier is a responsive ship to fly and I felt a good one for some general handling within my home system. Whilst dropping into Stiles Ring to practise landing on an outpost station I was hailed by another ship – my friend Bertrand had flown over to see me and say Hi! He was in his Eagle – an excellent fighter that he has upgraded significantly. We rubbed shields in greeting and chatted about the changes in the game. Bertrand warned me that the ai has significantly improved and I should be very wary of the higher ranked ones! Message received and understood – I shall be operating in ‘chicken’ mode until I can get to visit engineers to upgrade my vessels 😉

After some general handling it was time to get back in the business of making money. I did a few missions in God Speed and then swapped back to Nyati to make as much money as possible with her larger load capacity. Apart from one mission when I had an assassin sent against me it has been relatively peaceful. Fortunately the assassin struck in Tlapana which is a High Security system. I was able to evade and stay in one piece long enough for the Security forces to engage them and then make my escape with 34% damage to the ship. Although Nyati’s weapons are defensive, she can get the occasional kill. Last night in HIP 10818 I was interdicted and submitted with the intention of running. Only the attacker took a while to appear on my scanner so I concluded that this ‘ai’ wasn’t a hot-shot. Sure enough he turned out to be in an Eagle with missiles and multi-cannons – not strong enough to get through my shields quickly. So I targeted him and then began running away whilst lobbing mines back at him. One of them hit and took out his shields and probably did some damage to his hull at which point security turned up and completed the kill – I got 14670cr’s as a bounty for assisting in terminating a criminal 🙂 I think that’s Nyati’s third kill!

I will be back in Truck Sim sometime tomorrow and I shall be swapping between Elite and Truck Simulator every Sunday so you can expect posts from both!