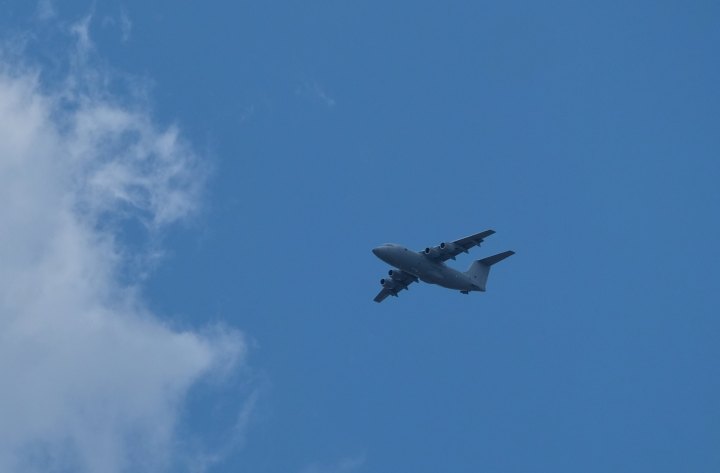 ..That’s an RAF British Aerospace 146 transport and this…

…is one belonging to The Queen’s Flight. 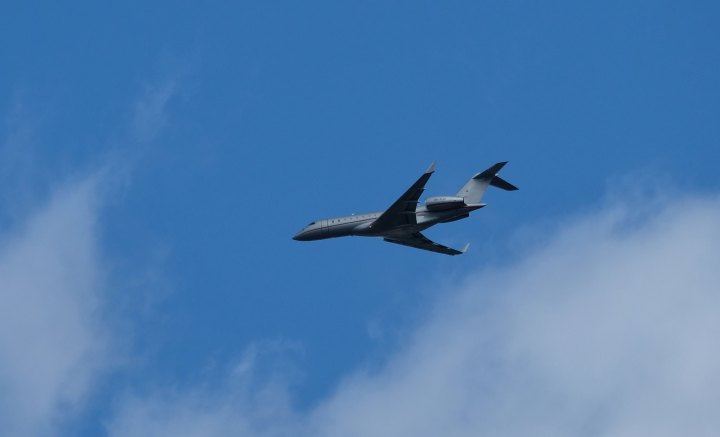 …and this Bombardier Challenger 350…

I also logged a couple of nice examples of Beechcraft Super King Air 200’s, one registered in Luxembourg that was doing high altitude aerial survey work and this one flying in to Northolt…

There was also a Swearingen Merlin III which did a low level transit of the Heathrow zone en-route to Biggin Hill – If I’d had sufficient warning I might have photographed that too, but it’s the ‘one that got away’!

The past week has seen a big shift in the weather. We’re currently sweltering, which in UK terms means 35+ Celcius in the afternoons and over 20C during the coolest part of the night. There is very little wind and what little there is comes from the east. In terms of what flies over my garden, that brings quite a change too. All the surrounding airports are now using the easterly runways so I don’t get any Northholt inbounds. However, traffic from northern europe going into Heathrow now flies past just to the north of me at between 8000 and 10000ft rather than often turning short and passing some distance to the east. Some flights going into Stansted come over lower if traffic conditions permit vectors for a straight-in approach to land. One pleasant sighting, although a bit fuzzy in the photo due to the heat haze, was this Dubai Air Wing Boeing 747… 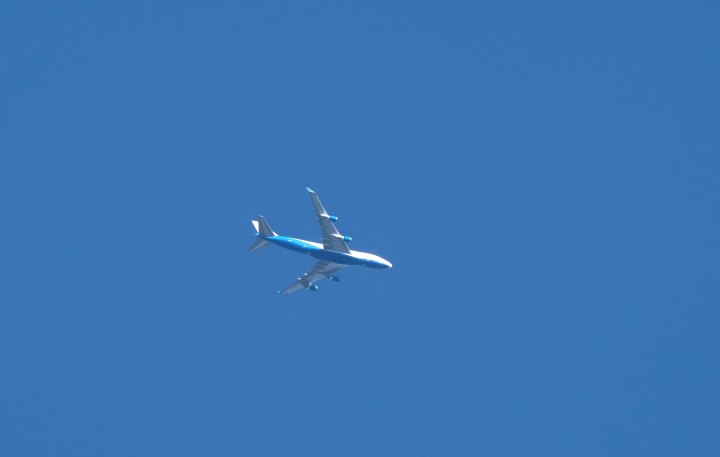 …Technically it’s a government freighter carrying cargo for the Emir of Dubai. Such aircraft tend to elicit some light-hearted speculation about the cargo contents – Racehorses perhaps or the Lamborghini collection. In reality it’s probably shifting medical and other important supplies like so many other cargo aircraft currently flying over.

UFO’s – no, I haven’t got any to report 😦 But this week we have had a temperature inversion most days resulting in a dust layer that restricts visibility in strange ways. For example I may be able to see an aircraft flying at 40000ft but one at 15000ft, whilst clearly audible and present on the ADS-B scanner, cannot be seen. As aircraft move from an area of clear air to one where the dust layer is affecting my line of sight, they fade away. It got me remembering some of the amateur footage of UFO’s that I’ve seen over the years in a variety of documentaries. One of the commonly reported types of UFO is cigar shaped – a long shiny body high in the atmosphere. It doesn’t usually carry out any weird behaviour, just travels in a straight line until it fades out of sight of the camera operator. At the time I always said to myself – that’s a DC-9. You see, those Douglas aircraft had a polished/painted fuselage but the wings were always matt finish, rendering them invisible at altitude. Back then I didn’t know about temperature inversions, I learned about them when I became a pilot. Now I can see how they can cause people to see a plane as something unidentified! None of which says there aren’t UFO’s, just that certain UFO’s are actually normal aircraft pretending to be something else with a little help from the weather 🙂

I have finally broken my duck on USAF sightings after several overflies that evaded me above clouds. I recorded a Boeing Globemaster C17 on August 4th and a Boeing KC-135 tanker this morning. I also saw one of the RAF’s Airbus A400M’s and a Netherlands AF Airbus A330 tanker earlier in the week. A final sighting for this post and an image of an aircraft very high in the sky. This is American Airlines Boeing 767 N384AA… 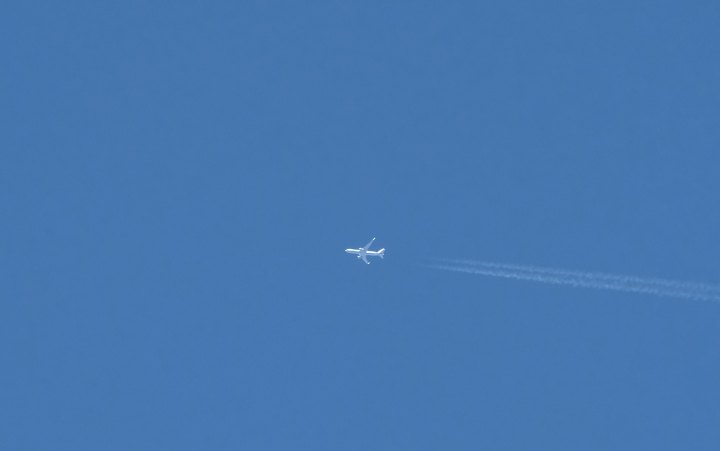 …You can just make out the lowest red line of the stylised American Flag on the tail. Photographed overhead my home on 7th August, the aircraft has just been converted to freighter configuration by Israeli Aircraft Industries and was flying from Tel Aviv, presumably is on its way to complete fitting out for a new owner 🙂

The thunder is now rolling around outside so we may get some rain or hail soon. Hopefully, the weather should be back to normal early next week 🙂