Enjoying the Sun on Hampstead Heath… 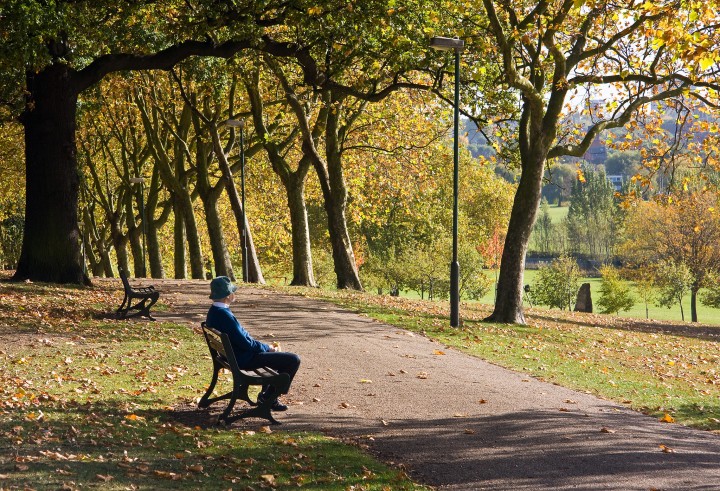 …and at Maidstone Motorway Services… 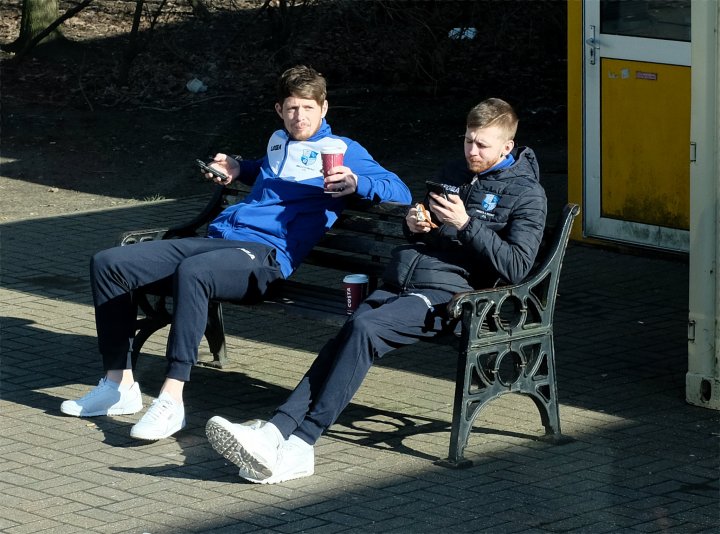 Catch up with Cee’s On the Hunt for Joy challenge Here.

Well… It seems big changes are afoot in The Hunter – Call of the Wild. There willl be a new animal scoring system that will fundamentally change how your kills are evaluated for your experience points. It is built around some changes to the animal and weapon ranking systems which at least bring a bit of clarity to understanding which weapons can be used on which beasts. No longer will quick kills be important to what your score is but integrity (use of correct weapon and taking a maximum of 2 shots) will be.

I’ve watched YouTube videos from a couple of hunters that play the game and I think the view is that these changes will bring the game significantly closer to what it’s like to really hunt rather than playing a game. It has been suggested that the changes will split the community – with those who really hunt or want to understand real hunting staying whilst those who just play it as a game perhaps move on. So the developers are taking a risky step with this change. It should be noted that the change actually brings this version closer to The Hunter – Classic which was the original on-line game. I believe that was highly popular with real-world hunters.

For someone like myself who falls into the Simulation category of players, any change that makes the game closer to real life is good. So I will be continuing playing. However, with such a fundamental change to how the game works, I will be resetting my profile and starting out anew when this update releases. In fact, I have already reset my proflie and I spent some time today trying out some starting loadouts for hunting in Hirschfelden. The base loadout when you start now comprises the .243 rifle, a 12 gauge shotgun and a .357 revolver – it looks like this…

One thing I value a lot is the ability to hunt very quietly – it’s why I normally carry a bow and also why I have been trying out the large bore Air Rifle. My regular readers will know that I do not like the .243 and only normally use it when required to by a mission. I will have access to a couple of Bow’s and also the Vasquez Cyclone as these were included in Weapons Packs that I purchased. The Solokhin MN1890 will also be available to me. This is the first changed loadout that I tried today…

…You’ll note that I replaced the .243 with the Solokhin and brought in the rather nice Orpheus bow. That should cover all basic eventualities. Testing threw up an interesting discovery – the Focoso revolver is actually very good for Foxes. I killed 3 this afternoon with it – one at over 50 metres! That has revised my opinion of the gun and I shall probably continue to carry it in most reserves. However, the limitations of available ammunition types for the bow made me have a rethink about the best no-bang for buck. I reset again and came up with a different loadout – one which takes advantage of the .270 for the likes of Red Deer and Wild Boar whilst keeping the ability to hunt Roe and Fallow Deer almost silently…

…It’s also a lot cheaper to run than using the bow and Solokhin option above.

The highlight of testing the Vasquez Air Rifle was taking down a Fallow Deer from 86 metres away – that’s a pretty good shot for an airgun. For the record, my personal longest shot to quick-kill an animal was 328 metres and the Solokhin holds that – or it did until I reset my profile – I guess I’ll have to repeat that in the future. But for now I think that my second loadout above will be my starting loadout, especially as the changes mean that I will be able to use the Vasquez to take down Foxes – no longer any need for the .223 in that role.

Lets have a quick game of Spot the Fallow Deer…

…Drinking in the lake. 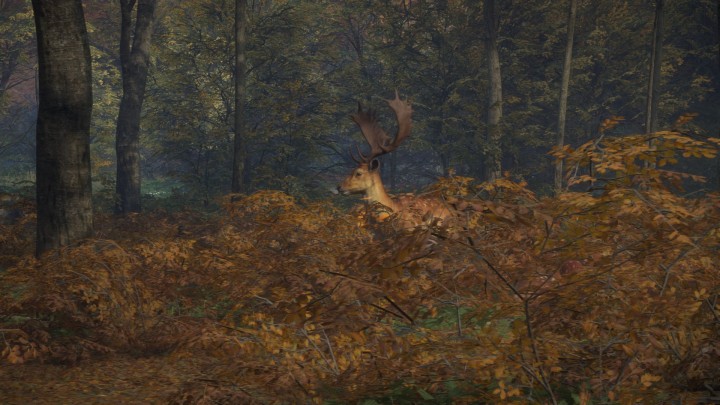 Hope you enjoyed those images – till next time 🙂

Republik Trucking, Bakersfield, has expanded quite a bit since those early days when there was just Jed and I. With three other drivers joining the company after Mille, we’d bought a second depot over in Flagstaff. That’s a handy location for east-west work along I-40 and also south to Phoenix and Tucson. It was also good in the early days of the company’s growth because I could easily take a load between our depots in a single shift, allowing me to handle any challenges we were facing personally. We bought several older trucks back then to save money but now we’re gradually modernising the fleet. Nowadays we have a lead driver at every depot we own to keep things running smoothly and dispatchers at key locations like Jed in Bakersfield. I just move around between them doing whatever jobs are given me by a dispatcher – helps me keep my finger on the pulse and I ain’t ready to swap the wheel and truckstop for a desk just yet. We now own depots in Sacremento and Medford as well, stretching our reach northwards.

Logically, I should be thinking of another depot in northern Oregon or in Washington but logic doesn’t always play in trucking. That run out to Roswell I told you about showed me an opportunity hauling Grain in that area – so we have a out-station depot down there. More recently I took a look at Utah for our next expansion – there’s a lot of freight potential up there. I decided that we should buy a depot in Price and tap into the mining and fracking industries. We then bought another depot at Elko, just half-a-shift of driving away. With more mining over there for gold and silver, we pick up a lot of machinery transfer work. I’ve been based up in Elko for a few weeks now helping our latest employees and getting to know them. We have three trucks based there now – all Kenworth W990’s sourced from the local dealer. I brought our old K100 with me from Flagstaff… and I’m currently working to the Elko dispatcher, Carmel. She’s a Shoshone and proud of her roots. There’s a little less banter than I have with Jed but she’s doing a good job marshalling the troops and keeping the trucks rolling. Although she’s based in Elko depot she also manages Price for me.

…so I took my time and had a break in Mazany Creek. Barstow is Jed’s territory and the day before yesterday he set me up with a light but valuable load of farming machinery back up to Salina. That was a very good run and showed what Kenny’s Cummins 444 engine can do – 9.61mpg is not to be sniffed at, even if we can’t get anywhere near that on most runs! So I was back to Carmel for another job yesterday and that was the job I was going to tell you about before I got to talking so much about the company!

When I called Carmel that morning she was happily chatting with one of our Elko drivers in the office – so she can do banter, just not with me! She’d sourced me a long distance run which was paying pretty well – fertilizer. “I hope that’s not liquid”, I quipped but she didn’t take the bait – just gave me the collection and destination details. We’re off to sunny Portland, well I hope it’s sunny – last time I was up there on a run it was misty and wet. The collection point was a large farmers supplies depot just outside of town. With the sun setting and night drawing in, I set off north towards Salt Lake to pick up I-80 westbound.

I settled into the night drive along I-80, cruising at 55 with the steady throb of the Cummins blending with some music from a country station as we crossed Bonneville Salt Flats. I got to thinking about all the speed merchants I’ve met in this job. Most of them have gone now, either slowed down under the weight of legislation or left trucking altogether. Then my musing was inturrupted as I got called in at the port of entry weigh-station. That’s usual – I think I’ve only passed through here twice without getting checked over… 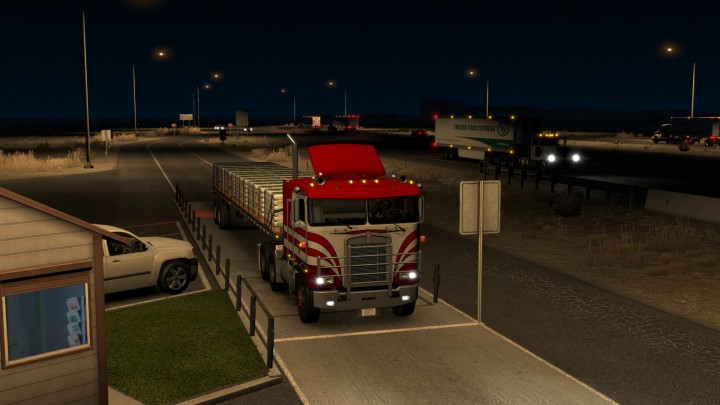 …then it was back out on the interstate.

Having passed the inspection at Wendover, I was very surprised when they yanked my chain again at the Elko weigh-station, more so because there were several bears there and a lot of other trucks weren’t getting called in. The DOT man checked my manifest and showed it to a cop – he shook his head. “You’re good to go.” said the DOT man. My curiosity was peaked – no check of the truck for faults? So I had to ask, “What’s up?” Seems the bears had an intelligence led operation in progress. Some gang was setting up a very large cannabis farm in the Reno area – they didn’t know where. So they’d hit on the idea of checking large consignments of bagged fertilizer heading westbound along I-80. So that’s why I’d been called in. I had to laugh at that one – needle in a haystack but sometimes you get lucky! But there was another twist as I told the DOT man – “They won’t get much Cannabis and definitely no magic mushrooms with this stuff – it’s a faulty batch – been recalled by the manufacturers!”

I turned off at Winnemucca and made my rest stop at McDermitt to sleep the day away. Then, after a late afternoon breakfast, I was on my way once more..

…picking up Oregon Route 20 and passing through Riley, between Burns and Bend…

…in the gloom of a cloudy evening. We picked I-5 at Salem and then found our way through the spaghetti of Portland’s road system to the chemicals depot where the manufacturers seemed very relieved to have got the whole batch back – it could have cost them a lot in litigation if some farmers had used it! I thought they could have shown how me how relieved – by giving me an easier parking spot though!.. 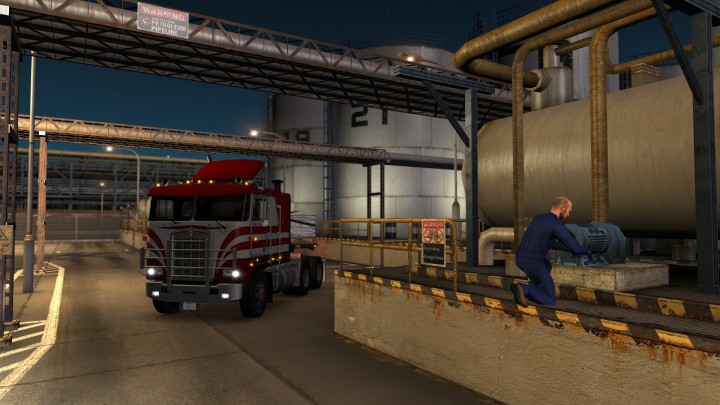 This was the 50th edition of Trucking Digest – I hope you enjoyed the story! Till next time… 🙂