Tomorrow is…
Of that there may be doubt
Oh!, the Crows argue its significance
yet fly from its certainty
for tomorrow is a matter of debate
future lacks substance
unless televised in advance
Time’s arrow diverted and dispelled
As matter dissolves
into tomorrow
and ends
Full Stop…

A while ago I did a post about Farming Simulator 19 called Growing Pains. The intention was that it would become the basis of a new series but events got in the way. This post is a restart of that series but with the benefit of some useful hours playing the game. In the interim period the Platinum upgrade to the game has arrived bringing Claas tractors and harvesters to the fields. I have also had time to look at some of the many mods available for this game and I’ve tried out a few of them. There’s a part of me that wasn’t entirely happy with the maps supplied with the game – I really wanted to be farming in the UK. With that in mind, I spent some time looking at map mods and I have selected one of these for this series in which I hope you will get to see my start from scratch as a farm manager.

The map I have chosen is Oakfield Farm – a mod by Oxygendavid. The author has produced a couple of maps based on real English farms, one in Hampshire and this one in Gloucestershire. The mapview is straight from Google Maps with crop overlays. Buildings are lovingly modelled and although some alterations have been made to their purpose in order to facilitate gameplay, the atmosphere of the area has been very well captured. Here is the map… 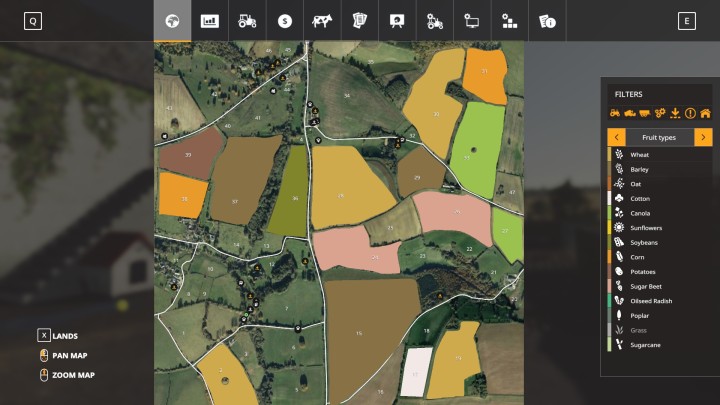 …The player spawns in Oakfield Farm down in the bottom left corner (the green dot) and is greeted by a Spitfire flypast 🙂 You have the choice of buying any of the parcels of land on the map including Oakfield Farm. This map differs from the ingame maps in that choosing to start as Farm Manager does not remove the buildings – when you buy a farm, you get all the existing infrastructure minus the machinery and animals. To me this is more realistic as, in the real world, you’d be buying a farm with everything there. From a gameplay point of view this might have made Farm Manager a bit too easy but the author has countered the issue by making land purchase expensive.

Oakfield Farm is a Dairy and Wool farm – you can tell by the pasture land surrounding it. There is another farm near the top of the map on the right of the main road that bisects the map on a north-south line. This is Oak Glen Farm and it is a Pigs, Chickens and Arable farm…

…That’s the farm I’ve bought and this series will be centred around. Lets have a look at the buildings – here beside the entrance are sheds suitable for storing small equipment… 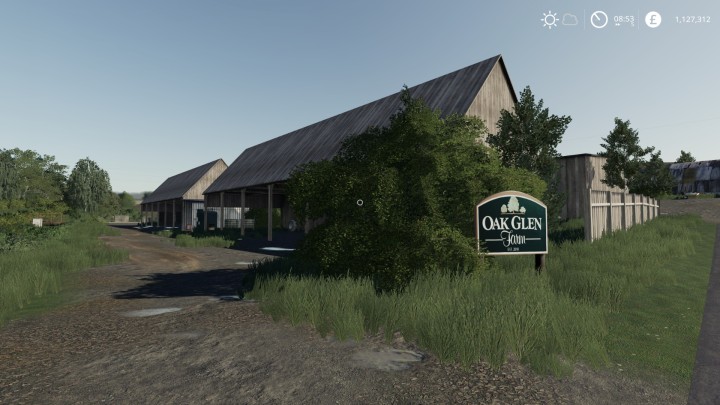 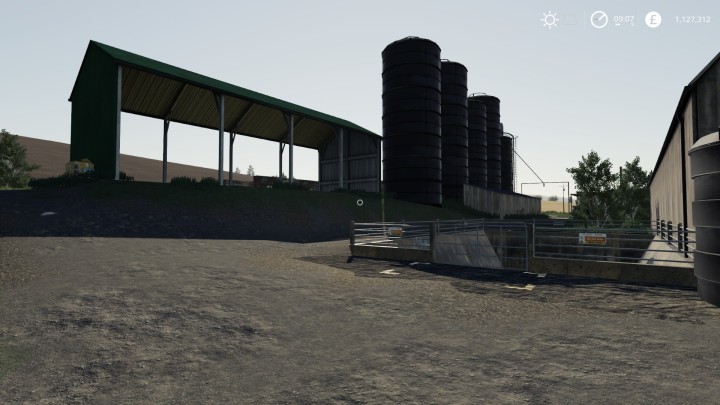 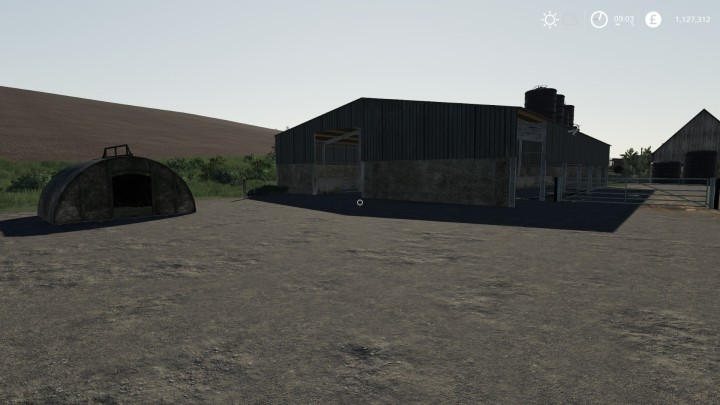 …and finally, the free-range Chicken run…

So, I have a farm but no fields, equipment or animals. Now I have to decide what to do with it. I think initially I should buy a field so that I can grow crops. But I also want to get into livestock. Pigs will eat me out of house and home so I’ll ignore that Piggery for now. However, Chickens are easy to keep and Eggs will give a good return once the flock has grown to a large number of birds. With that in mind I look at the available local fields and field 29 looks like a good option for me (you can check it on the original map). There’s a bonus in buying that field too – it has a crop of Barley in it that is just ready to harvest. Chickens eat Barley so I can save some of the crop in the silos for my flock! I bought that field which left me with £793k for equipment and Chickens.

In order to perform my first harvest I’m going to need a Tractor, trailer and Harvester. I’ve tried a number of the ingame tractors and a few mods while experimenting with the game. There are several tractors I like but for this farm I’m going with the Claas Arion 650 which has a 185HP engine… 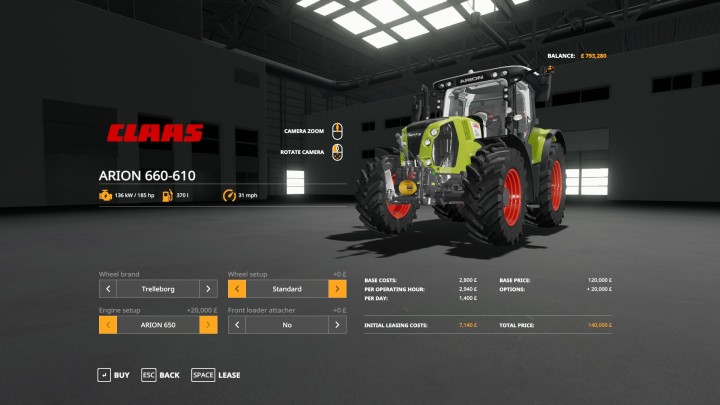 …This will be the main farming tractor. I will buy a smaller tractor for general work later. For harvesting, I’m going to splash the cash. I could have gone with the Massey Ferguson Activa 7347 or the John Deere T560 but I’ve decided that the extra capacity and engine power of the Claas Tucano is worth the extra money – I’ve noted that there are some steep fields in this area!… 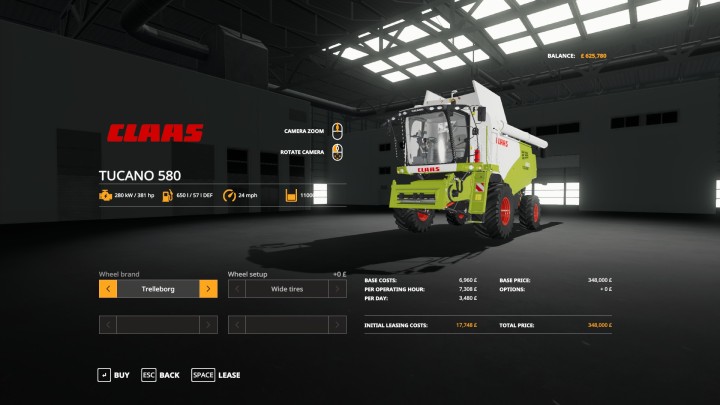 With the other essential items – Harvester Header (to cut the crop), weight for the tractor and a trailer that fits my needs, there is just £220k left of the starting £1,250k in the bank. Oh! and I also bought a trailer to carry the Harvester Header – that was something that I didn’t need on the game map. You could drive around with the header attached to the harvester – you can’t do that on this map and here’s why…

…it just won’t fit up the country lanes or even on the main A-Road! This is on the road leading up the side of the valley to my field and you can see the silos of my farm behind on the right and get a first impression of the rolling nature of the countryside we’ll be farming 🙂

That’s all for this post. Next time we’ll be harvesting that field.