Meet Midnight Cruiser – our new truck in American Truck Sim for our Lone Star project. In Europe we’re playing the corporate game but here in Arizona we’re a solo trucker and we can be a bit flamboyant!

Unlike in France where we’re building a modern fleet and choosing trucks, engines and gear ratios aimed at recreating current practice, here we’re looking for a different kind of realism – recreating a genuine older truck by checking out configurations of real trucks on the internet. Midnight Cruiser is a Peterbilt 379 finished in the dark navy blue paint scheme of a truck that appears in the Smart Trucking videos on YouTube. But the running gear has come from a couple of advertised 379’s which have gifted her a Caterpillar 3406E 475HP engine attached to an 18 speed gearbox with retarder. The cab has the older style 379 dash… 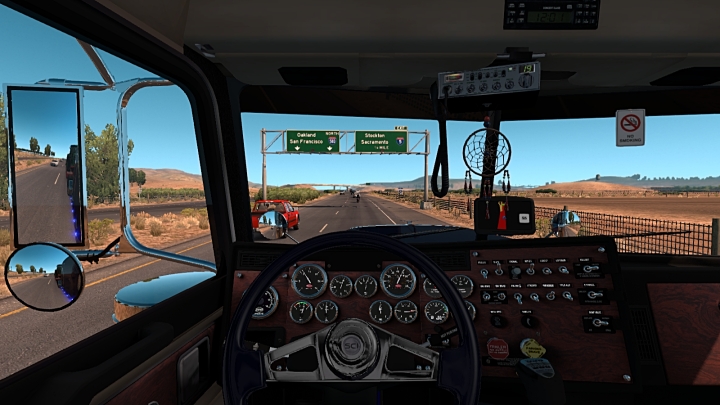 …somewhat different to Nightshade’s modern 389 dash! You can see I’ve fitted a Steering Creations wheel which picks up the truck color and we have a gps and my ‘good luck’ dreamcatcher. You get a clearer idea of the external appearance of the truck in this shot… 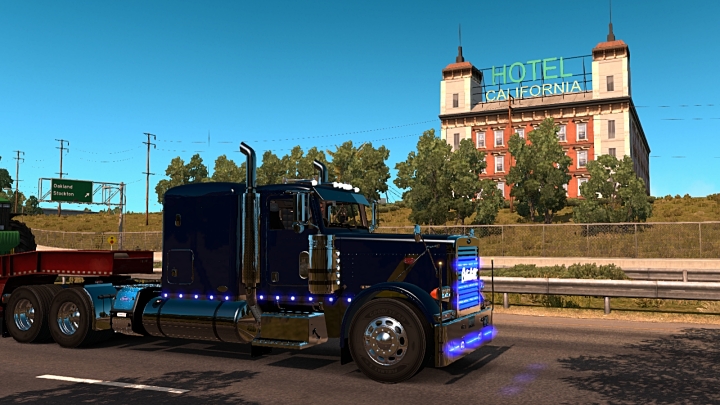 …complete with 63 inch sleeper. The additional trimmings are me being exuberant 🙂

Hell! She even looks good in Black & White…

…Now that’s a truck with Presence!