This is an exploration of my deep-seated mistrust bordering on dislike surrounding Renault cars and trucks. It’s not a dislike of all things French – I have a Peugeot IRL and I’m very happy with it. Renault have sadly built up a reputation for issues with their electrics. Mechanically their cars are good but the electrics… failure in a quirky manner is guaranteed. The Engines are responsive but the electrics… The bodywork is stylish and generally rust free but… You get the picture. Sadly, reputations are quickly built and very difficult to get rid of if they’re bad. I’ve seen some amazing comments on photos in Flickr regards Renault trucks – “It’s a Renault – Burn it.” would be a good example. So, it’s not just me! Some of this dislike probably dates back to Agincourt – did a Sir Renault partake in the doomed charge of the French Knights back then?

Anyway – historical hatreds aside… Here we are in Euro Truck 2 and the heart of France with a dilemma. I’ve arrived in Lyon with a load of Dried Milk from Bourges in my MAN TGX. I think that Lyon represents a good location for my company to buy a garage with its relatively central location though far enough south to justify another garage further north and west later. The question for me is, do I buy another MAN for a new employee or a Renault from the local dealer. Or do I have a rush of blood to the head and show my love of the new Vive La France dlc by buying a Renault for myself – now there’s a frightening thought! Given the discussion in the previous paragraph, you’ll guess this was not an easy decision. I did the easy part and bought the garage. Then I went away and thought about it while I cooked Muttar Paneer for dinner!

I bit the bullet – new Renault for me and my MAN TGX goes to our new employee. The next decision was between the two available models. The Premium is a traditional European cab-over looking much like the Iveco Stralis. The Magnum is a totally different ball game. It stands out as an example of Gallic Flair with the emphasis more on the garlic than being run of the mill 😉 It’s ugly and chunky in an architectural sort of way. I see these beasts rarely on the A406 and they are very singular in their appearance – where the Premium hides amongst the average, the Magnum challenges. So I bought a Magnum!

I upgraded the base game by employing the Renault Drive Train mod allowing me to access realistic gearing and opted for a 3:36 ratio (close to the 3:25 I have in the MAN). The engine choices in game are limited and I chose to go with the mid-range 480hp engine for this truck. I also chose the 6×4 version. I had a lot of company money floating around – enough to buy another garage in München and a MAN for an employee there too! – so I treated this truck to some lights and accessories. I also decided to take up a special French paint job supplied with the dlc, though I changed the base metallic colour to blue. I may change to a simple metallic later on.

My impressions of driving the Renault Magnum are an interesting comparison with the MAN TGX and also with the somewhat older FLB in America. The engine is noisier than the one in the MAN – there is a rattle in the sounds of the game which seem pretty convincing when I listen to this truck’s engine. Renault have chosen to go with a single dial which shows revs and a central lcd screen that shows speed – I’m not sure I like that approach. I’d prefer the standard 2 dials because revs and speed are more easy to correlate with the twin gauges in front of you. The Renault engine is very willing but, noisy as noted above. The cab seems spacious but once you overcome the excitement of all that glass, it is visually smaller than the cab of the MAN TGX and even more so than the cab of the Freightliner FLB. Even so, the glass area and therefore the visibility, seems superior to the TGX and is definitely better than the FLB where a slit-trench mentality (born out of too much sun?) seems to have been part of the design. My wife thinks the Magnum looks ugly but I like the way it revels in displaying the cab v chassis relationship.

Driving the Renault Magnum is fun once you realise that the engine is as willing as it sounds – you can go through the gears really quickly with this truck. If running a winding single carriageway, care needs to be exercised because of the free running. I nearly got caught out running too fast with a heavy load on a winding single carriageway east of Lyon and only caught it from turning over because I heard the differential picking up the loose inside wheel. In general use the forward view is good and the key items on the dash easily seen. The mirrors provide a good view of the surrounding traffic.

So that’s the Renault Magnum – Images below… 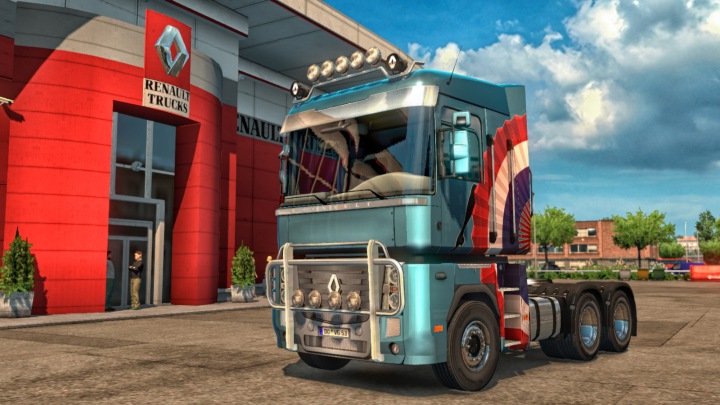 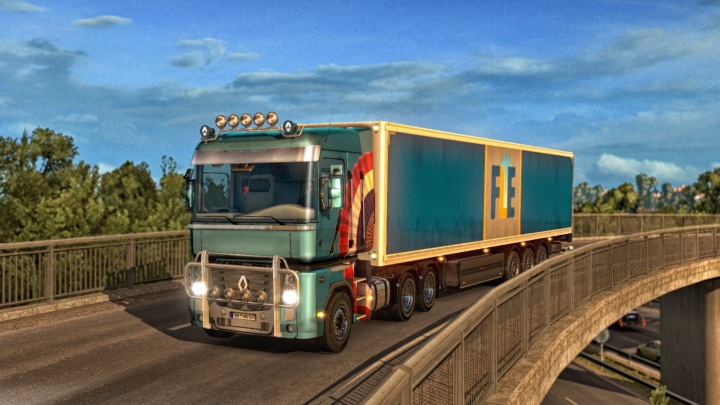 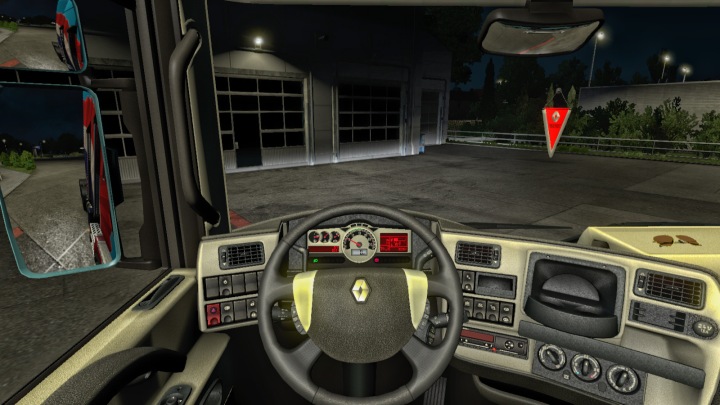