I’ve been working hard – driving forwards. A lone truck owner with a dream of building a company. The decision to upgrade to the Paccar MX13 engine seems to be helping me to shift heavier loads without increased fuel consumption over the Cummins ISX (whilst a game-mod with the correct engine sounds helps with the immersion!). I’ve earned enough to pay off the original loan that I took to buy my own truck. I built up the bank balance to nearly $160k before taking another loan and getting my headquarters garage in Bakersfield rebuilt to house potentially three trucks. A few more days down the road and more money in the bank after some long distance drives with high value cargoes and hazmats – I can finally buy a second truck.

Buying that second truck means I can employ a driver and become a company in more than just name. I opted for another Peterbilt 579 from my local dealer. I didn’t over indulge in the specification – just the Cummins ISX and a 10 speed box for now but I did go with a non-standard paint job. I think it’s important to have a company image (something I need to create, of which more next time!).

Then it was time to hire a driver so a trip to the job market was called for. The drivers you can employ are usually in the very low experience levels with the best ones usually having a rating of 1.7 whilst the majority have a rating of 0.8. These relate to their ‘experience’ and reflects the ‘points’ they have in things like Long Distance driving or handling ‘Fragile’ loads. It would be easy to treat this as just a game but I think you lose something if you don’t try to relate to each of AI the candidates for the job as you would a potential human employee. As I was only looking for a single employee I discounted those drivers that were only at 0.8 rating. That left me with three at 1.7 – one man and two women. The male driver had a slight edge in that he had distance driving experience – that ability generally makes money quicker. Both the ladies had exactly the same experience points – just in time delivery and fuel economy. Just in time is one of my weaker areas so, if I chose one of the girls, I’d be adding some balance to my company. I discounted the man partly for this reason but also because I intend to be an equal opportunities employer and wanted to stamp that policy on the company in my first employee choice. How to choose between the two ladies though – that was a real quandary and one where I would need gut instinct (assuming the AI works on appearances – some players think there is an element in there!). In the end I went with Patricia – a winning smile that I hoped would go down well with my customers. She’s an Asiatic lady too which fits nicely with my company’s multi-cultural ethics.

A week or so of game-time and Patricia has picked up the first level long distance skill and is earning the company $1200 a day after pay and maintenance expenses – I think I made the right choice 🙂 Must treat her to an engine and gearbox upgrade soon as reward for her efforts! I’m now waiting for the Peterbilt 389 to become available in the game – then it’ll be time to hire another driver, pass on my current truck and buy a 389 for myself. A gallery of in-game images follows. You can see the rebuilt garage, details of Patricia and the new Peterbilt and a shot of my Peterbilt with a CEMEX delvery… 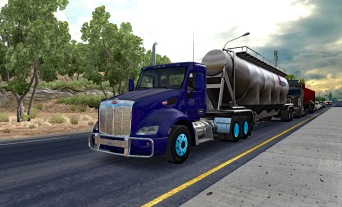 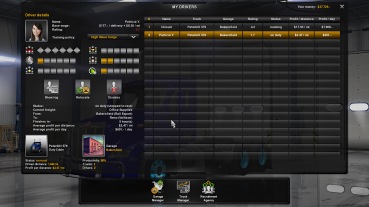 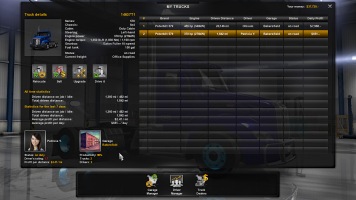 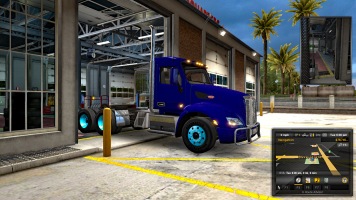 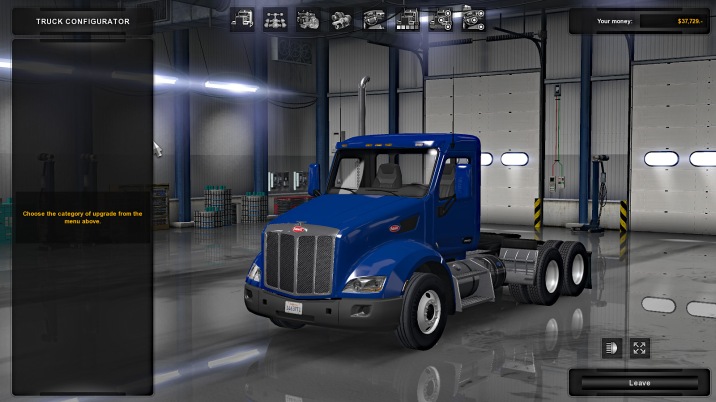