Back in 1985 I recorded a Merry-go-Round train at Acton heading towards a power station in the south with a load of coal from the midlands. I can’t for the life of me recall the power station involved! The interesting thing from an enthusiast point of view was the motive power – a pair of Class 73 Electro-Diesels. Built for use on the Southern Region they were small as locomotives go and a bit unusual. They could run on third rail electrified lines producing 1600HP but they also had a 600HP diesel engine on board for work in sidings. At the time of their design I doubt anyone realised just how flexible these ladies would prove to be – there are some still in service today and being rebuilt with new diesel engines for tomorrow’s challenges! I suspect (as my memory has failed and I’m struggling to find the full details behind this working) that the train in the original photo was rostered for a class 45 but with those locomotives being phased out in 1985 it was passed to the class 73’s for transit from Cricklewood to the final destination. Very recently, along with a new route, Railworks issued a Blue Diesels and Electrics pack including the Class 73. It gave me the chance to recreate the scene ‘today’. I guess you can treat this as a ‘spot the difference’ challenge (and if you want to, that is great) – but then again, why not just enjoy a glimpse of the past 30 years ago and a modern computer recreation? 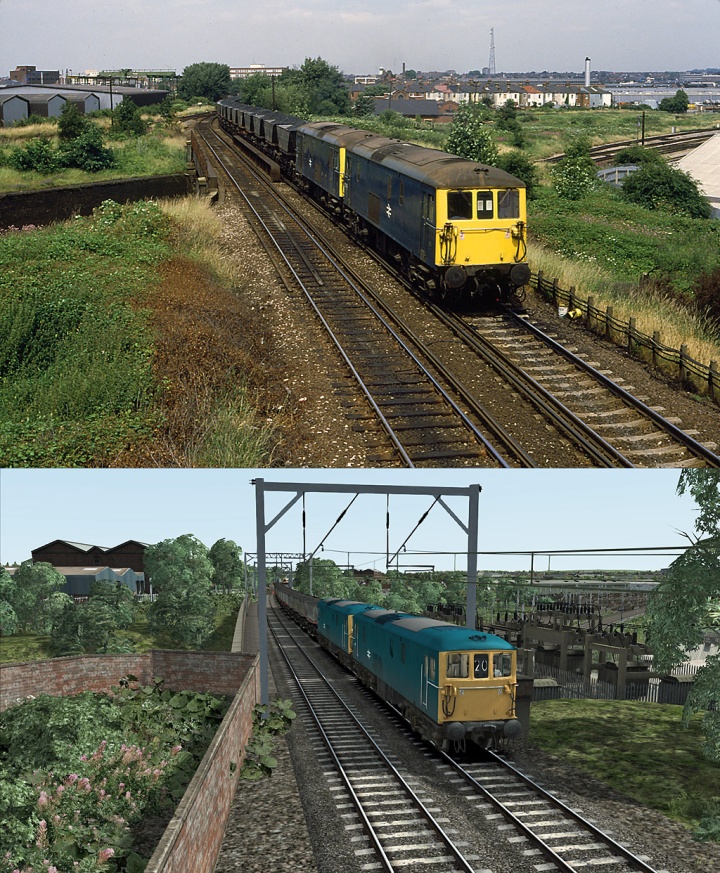