I thought a quick overview of our recent visit to Florence / Firenze would be in order if only to give an idea of our travel and stay arrangements combined with the tourist information that you need to be aware of in the city. To put an initial line on things, my view of the city today is based on (or possibly biaised by) our last visit 20 years ago and the changes that have happened since then.

Florence Peretola Airport – 20 years ago it was a squalid mess. It may seem strange to start with a report from a homebound journey, but back then the toilets in the departures area were flooded to the point where parts of the concourse were wet. To compound that issue, I left Epi for a couple of minutes to check out what aircraft were visible on the apron only to find police officers harrassing her because she was the ‘colour’ of the type of persons they were looking for 😦 Needless to say, me arriving and asking (in a very broad London accent) why they were questioning my wife resulted in them vacating the scene promptly to find another victim! How times change… Back then the only flights from London direct to Florence were operated by Meridiana from Gatwick and solely using the British Aerospace 146 – very few other commercially viable types could get in there and even less could get out on the short runway, especially in the heat of the summer. Other operators including the package tours went to Pisa and required a rail transfer of over an hour! Now Peretola is a thriving and clean airport. Check-in is efficient as is the baggage handling for inbound flights – our cases were out almost before we got to the caroussel! There are a huge number of flights compared with 20 years ago with many new efficient aircraft that can handle the short runway and lots of operators providing alternatives to the railways. At our London end we now fly from London City Airport, using City Jet (still flying in the faithful BAe146). The only real issue now with Peretola is the availability of an adequate amount of seating for waiting passengers – but that’s true of London City also.

Transferring from the airport – last time we were travelling to a hotel adjacent to Santa Maria Novella. There was a direct bus from the airport to the SMN bus station and it was a short walk from there to our hotel. A 30 minute journey at a cost 65 Lira – and we were adventurous back then! This time we took advantage of a transfer offered by the travel company. We were met at the airport by a very smart young man in charcoal suit and shades (very MIB/CIA), who turned out to speak excellent English and had a great sense of humour. If it wasn’t for the, albeit smartly turned out and plush, Merc minibus we’d have felt quite ‘Presidential’ – but I guess a Maybach or a Roller would have been a bit ott 😉 The journey took around 15 minutes.

We stayed in the 3-star De La Pace Hotel. The room was comfortable if simply furnished. The staff were very pleasant and helpful with one of the young lady receptionists exceptionally so. Even so, there are inevitably issues that come about because of language barriers (my Italian isn’t very good – I should find more opportunities to practice!). It took a couple of days to get to bottom of an issue with the air-conditioning. Despite having a control box on the wall of the room it’s actually centrally controlled from reception. A result of accidental vandalism by previous guests! The hotel operates on a Bed and Breakfast routine and the breakfasts had all the expected continental breakfast options (including quite a range of cakes and pastries). The hotel is situated on a road that leads directly down to the Duomo and the centre of town – You can actually see Giotto’s Campanile from the entrance to the hotel, so it’s good if you’re visiting Firenze for the first time. It’s also on a road that is one of the major routes for buses serving the northern part of the city from Piazza San Marco. That’s not an issue for me – the sound of rumbling diesels helps me get to sleep but it could be an issue for some of you.

Tourist Tax – wow! This is a major change. 20 years ago most places were free except the Uffizi Gallery, the academy of art and the top of the Duomo (Giotto’s Campanile was closed at the time for renovation). We can’t recall being charged to enter the other Basillicas or the Boboli gardens though there was a charge for Fort Belvedere. Where do I start – you now get charged to enter just about everything. The Museo Gallileo which should be a place of learning charges entry – compare that with the much larger Science Museum in London which is free. The same applies to the Natural History Museum. All the Basilicas now charge for entry – that’s on a par with St Pauls and Westminster Abbey so no complaint there. Fort Belvedere is now free but you pay to get into the Boboli Gardens instead. The railway station is free…But maybe they haven’t realised its tourist potential yet (It is a fine example of modernist architecture) – make sure you’ve got a validated ticket before you board a train though!. If I sound a little cynical it’s because the charges don’t end there. Now there is a tourist tax per person to be paid in cash when you check-out of your hotel – it seems to vary according to the star rating of the hotel and the number of nights you stayed – that means holding a reserve of cash that you aren’t going to spend. Oh! and if you decide to change some money then you’ll get the advertised rate minus a… you’ve guessed it ‘Tourist Tax’.

I have been a little villainous in comparing London’s situation with that of Firenze. The capital of Tuscany would probably fit in the area bounded by the City of London and the West End. It’s a postage stamp compared with an A4 page in terms of size when compared with Greater London (and that’s probably being generous). With so many important renaissance buildings and other historically important sites within such a small area the resulting pressure of tourists on Firenze’s worn streets is immense, so whilst I’ve pointed out the taxes and charges that now exist and can make planning your holiday difficult, I can fully appreciate why the City of Firenze needs the extra income to maintain its treasures for future generations. They just need to be a little better publicised for visitors so they know what they’re going to be charged for.

I seem to have spoken only of the bad… If you are looking for an understanding of the Renaissance, a chance to enjoy some of the most beautiful examples of sculpture and fresco painting, some of the finest churches ever built – go to Florence! The beauty you will see outweighs the issues I’ve pointed out above. In fact – your only complaint is likely to be – “Too many Davids” as you view another original/replica Michelangelo sculpture.

You can walk everywhere in Firenze and, unless you choose to go up to the Piazza Michelangelo or to climb the Duomo, it’s flat. If you’re going a little further afield, the buses are frequent and very reasonably priced at 1 euro 20 for a ticket bought in advance – 2 euros if you pay the driver on the bus. The roads play havoc with the bus suspensions and bodywork so expect a rattly ride! The ATAF staff tend to be stationed at places where tourists might be boarding buses and they are very helpful – We just got past the choose language page on the auto ticket dispenser at Piazza San Marco before a friendly member of ATAF staff approached us and arranged our tickets for us. You can buy tickets from tabacconists/newsagents too.

Firenze Card – A Curates Egg. The Firenze Card costs 72 euros and gives access to municiple musuems and the basilicas for a 72 hour period (it also gives free bus and tram travel for that period and wifi access). It can be a bargain but you need to read the instructions carefully and be aware of your physical limitations. As a family of three we needed 2 Firenze Cards (one per adult) and Alasdair then gained entry for free as he was a Europen Citizen and under the age of 18. As an aside, it’s one of the fascinating anomalies of Firenze that the age at which a person is a child concession varies from one place of interest to another and also on public transport! Without the Firenze card he would be charged as an adult at most places because he is 13. So every visit saw an adult ticket saving for Alasdair’s entry. Even so, to make the card pay we had to do a minimum of three major sites such as Santa Croce each day over a three day period with some lower status sites thrown in – this is meat grinder tourism 😦 You also need to plan around the days when some of the religious sites close for ceremonial purposes – stick clear of a 72 hour period including a Sunday!

Restaurants – There are so many excellent places to eat in Firenze but the good ones you need to book in advance. The young lady on hotel reception got us into Trattoria Tito which specialises in simple Tuscan food and is run by a bunch of complete lunatics:-) We pre-booked the Osteria del Cinghiale Bianco ourselves – It’s why we went back to Firenze! 20 years on we celebrated our Wedding Anniversary at the same restaurant that we visited on our Honeymoon and presented the owner with the original business card that he gave us back then to ensure that we would return 🙂

One final thing to know about Firenze before you go… It sits in a bowl surrounded by hills / mountains. It can get hot and humid, especially if southern Europe is under a high pressure region. When we visited at the end of August it was 35-40 celsius every day. You need to take the possibility of weather like that into account because you will need a siesta at the hottest part of the day and lots of fluids whilst out and about! 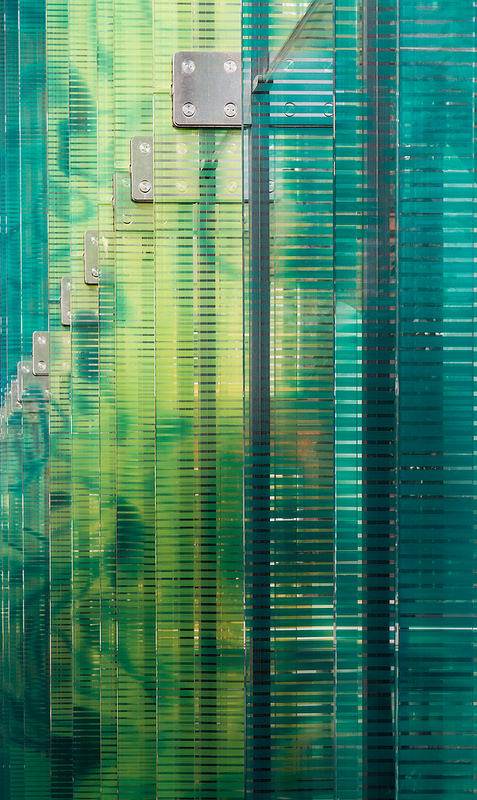 You can see more entries for the Weekly Photo Challenge here.