I’m trying out a new camera. Yepp, I know, another new camera. My regular readers will know that I run a combination of Canon 7D and 5D utilising the same lenses. It’s a good combination, making the most of the 7D’s sports capabailities and the 5D’s full frame and low light ability whilst not doubling up on lenses. We do, of course, have a third option. The 40D which is a very capable camera in its own right; just not up to the standards set by the other two. When I initially upgraded to the 7D 3 years back I passed the 40D onto Epi. Sadly, she has used it very little for many reasons – loss of interest, illness, chasing Alasdair about homework… (chasing me… Let’s not go there shall we?).

A couple of things happened over the last couple of months. Wife number 2 said that she wanted to take up photography in a more serious way and to learn how to use an SLR. The big issue with that is a lack of money. Now the company want me to wander back to an office in town to do my work – some senior manager had a wet dream and we’re all supposed to swallow it 😦 Actually, after some thought, that’s not so bad for me as I go back on inner-London weighting which is good for my pension! However I would like to pop out and take photos in my lunchtime, amongst other things, and the idea of toting the 5D and 24-70 lens weighing close on 2.5Kg into town as well as the company laptop doesn’t bear thinking about – my back is complaining as it is!

So the seed was sown – something more portable for when I’m going to work. Something that perhaps Epi would find more user friendly too. Loan out the 40D to Patience so she can go down the road of becoming more of a photographer. Another thing in the back of my mind is spreading the load. I go through around 20000 frames a year on football alone now. The 40D used to shoulder around 12000 frames overall including my other photography interests as well. The 7D found itself hammering out 16000 shots a year and it has been increasing as I have attended more matches and got re-involved in the Geograph project. Now the 7D and 5D are carrying that load and it seems that adding a third camera would ease the burden both on the hardware and on my back.

It would have been easy to go for the Canom EOS-M – demonstrate brand loyalty and photography is one of the few areas where I have tended to do that. I have been a Canon user since the days of the AE-1 and remain a fan of their products. In SLR’s they’ve seen off all the competition except for Nikon. Sure, there are some attempts at resurgence from Pentax and Olympus but they lost the race a decade or so ago and are now niche suppliers in that market. Olympus seem to have recognised that and have produced the very nice OM-D, a minature SLR, and the excellent PEN series. Other manufacturers have looked to step into the market, notably Sony whose SLR attempts have been less than successful but whose NEX series of Compact System Cameras are very good.

There is another supplier out there in the Compact System Camera area… Fuji. Fujifilm is perhaps unique amongst the suppliers of cameras today in that it still makes film. Making cameras as well as film is a distinction that only Kodak once shared – I believe most of the others like Ilford and Agfa were badge engineering though I am open to correction on this point. I spent a lot of time reading through the reviews of the many CSC systems out there as these seemed the right way to go giving a lightweight camera with most of the capabilities of a DSLR. There is also the attraction of going back to basics as many of these cameras resemble traditional rangefinders and when set to full manual mode act a bit like them too! The one that stood out for me was the Fuji X-E1. The kit version with an 18-55mm lens is very well specified whilst being uniquely Fuji – they have a reputation for being a little different. Ready to go it clocks in at around 700g, so much more portable. It’s close on 1/2 the price of their X-PRO1 with which it shares most of its features and currently it’s £400 cheaper than their X-E2 which makes it a bit of a bargain! The 18-55mm lens is made of metal too (except for the glass bits 😉 ) which is unusual in kit lenses.

To be honest, it’s not my first Fuji camera. I owned an ST705 back in the 1970’s and really liked it. It got sold when the AE-1 came along – a real defining camera in its time. But I never forgot the Fuji – its lens was excellent and thereby hangs a tale. At the time because of the way that Fuji coupled their lenses to the in-camera metering only their own lenses worked with the body making buying third party lenses an issue – important because third party lenses were usually half the price of the manufacturers own ones and generally worked almost as well (you wouldn’t have noticed the difference on Ilford HP5 film for example). Now the market is different with lenses from camera companies and those from third parties being very close on price – a fag paper’s worth of difference can decide which you buy. So being tied to the manufacturers own lenses is no longer a problem as long as they’re good and Fuji’s lenses have a reputation of being very good.

So here I am with a new Fuji X-E1 getting used to a number of alien controls! What I’m used to in Canon SLR’s works totally different here. Initial impressions and experiments say that this is a very competent camera – and when it has a competent user behind the viewfinder who knows what it will produce!

Some initial shots taken in less than ideal light 😉 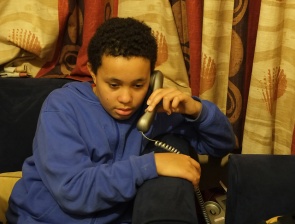 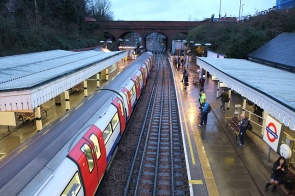 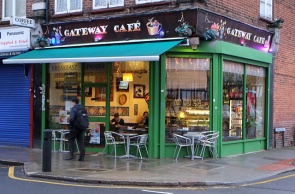 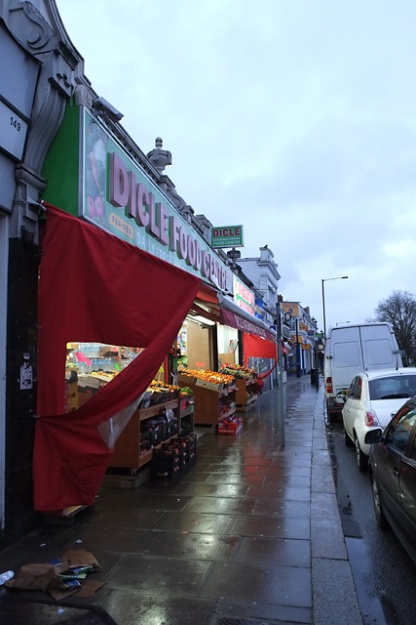